I’ve got plenty of runner friends and thankfully not one are being douchebags when it comes to the sport. Then I realize plenty of people are infected with some sort of “downer” virus which only serves to make runners, and other fitness enthusiasts, feel bad about themselves. What gives? We’re all trying to be as healthy as possible and just because we’re taking our fitness game to another level doesn’t mean we think we’re better than you.

Case in point is this article submitted to me by Kevin Jones. I’m pretty sure you have a few friends or, God forbid, relatives who are pretty much douchebagging you each time you sport your gear.

10 Ways To Be A Total Douchebag To Runners

We know! Runners have died during races. People have also died while sitting comfortably watching TV. It is sad in either scenario. Most runners are fully aware of the health risks involved and take time to train properly, lowering many of the risks. While you’re at it, avoid mentioning how so and so just had knee surgery because they ruined their knees running.

2. Accuse them of being selfish for their time training

Admittedly, Friday nights out with a runner preparing for their long Saturday run may be boring. Training takes hours out of your week and away from the people you care about. It is a tricky balancing act, but making your runner friends feel guilty will not make them want to spend what down time they have with you.

Let’s face it- This is a rude question for anyone. Something about the fact that you are exercising seems to make it OK to ask about weight loss. It’s not. There’s a lot more to losing weight than just exercise. Come on, people! This is definitely one really BAD way to be a douchebag to runners.

4. Definitely be a hater

There’s nothing more motivating than spending time with a negative person *sarcasm*. One of the hardest parts of running for many is having the motivation to do it no matter how much you love it. Running takes BOTH physical and mental dedication. It’s fine if you dislike running, just respect that some people actually love it.

5. Ask how fast they can run

It’s almost as bad as asking “Did you win?” You’ll often hear racers talk about their personal bests. Most often, marathon running is less about being faster than the person next to you. And for many, finishing IS winning! It would also be smart not to upset us because we’re sure to actually catch up to you no matter how fast you go.

6. Point out how expensive their shoes are

It’s true that good running gear can get expensive fast, but proper footwear can mean the difference between a safe run and injury. We also don’t really care much about brands or “signature” styles no matter how awesome it looks. If it can’t keep me going for more than 300 km then I don’t want it.

7. Express repulsion to their battered feet

Blisters, black toes, and missing toenails are all common signs of a marathon runner. When has pointing out physical “flaws” on another person been acceptable. If you can’t hold in the gasp when you look down at a runner’s feet, at least attempt a positive remark on their dedication.

8. Be curious about their bowels

No. I don’t mean keep the profanities in check. Quit asking questions about how running makes you have to go to the bathroom. Between race anxieties, hormone changes while running, and the constant massage of your digestive tract as you move your knees, it happens. For the most part, we try our best to empty our bowels the night before or before the race itself. And its personal!

9. Call them up late at night

This is never a good idea as their bodies need recovery during sleep. It is especially important to remember this the day before the race. While most of us can probably still run a decent distance even when deprived of sleep (which happens a lot more than you think), we would be risking running below 100% and that’s dangerous since not only will we struggle to finish but we might get injured along the way.

10. Sarcastically ask “Why would you pay money to run?”

Training for and accomplishing a specific goal leaves you feeling empowered. Multiply that incredible feeling by the thousands as you share the race with a road full of other runners with the same goal. And most of the time the money is for charity or to pay for future events.

The next time someone tried to be a douchebag to you about running, either call them out on it or just casually walk (run) away. Run your best, champ! 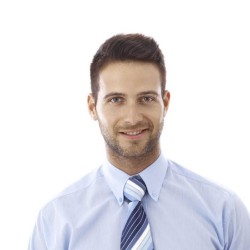 Follow me
Kevin Jones
Freelance writer at Nordick Track
Kevin Jones is a freelance writer, researcher and fitness instructor/consultant. He had helped hundreds of people find ways to become more fit and healthy through a balanced life focusing on an individualized approach to their nutrition and fitness.

In addition, Kevin has written extensively in the fitness and health industries.

Follow me
Latest posts by Kevin Jones (see all)