I was a subscriber to marathon myths for a long time. In fact, I was a believer of all sorts of false information before I began to run seriously. For instance, I was firmly convinced that running was bad for the knees and could lead to problems later on in life. Or that younger people of my generation and younger didn’t really run, leaving it up to the older crowd.

A friend of mine was an avid runner all through high school and beyond. Every time she would try to get me to join her, I would use the above points, alongside “I just don’t have time”. I was a new mother and the last one brought on less eye rolling than the first two.

Eventually she managed to get me on a jog and I began to see the error of my ways. Had you told me years ago that I would someday be finishing whole marathons, I would have thought I had slipped into an alternate dimension.

Marathon Myths That We Believe

But even when I started to run marathons, I still found myself confronted with false information from fellow enthusiasts. I even believed some myself, clear into my third race. These are some of the big marathon myths, which I would like to take the chance to debunk, once and for all.

I believed this one for so long and I am embarrassed by my attitude. It kept me from running a marathon well past the time I could have done so and gotten through it. It kept me at 5k’s, which were fine, but after a couple they just weren’t a challenge anymore. I was paying hefty sign up fees to run races that were less strenuous than my usual home runs!

The truth is, many marathon runners are not able to keep up the stamina through the entire 26.2 miles of a standard marathon. And there is nothing wrong with that! Taking a breather and walking throughout can give you the drive you need to make that extra push to the finish line.

We all start somewhere and the important thing is that you are there to run in the first place. Just signing up and showing up means you are already well beyond those who feel they don’t have the skill to try.

Which brings us to myth number two, that you have to run fast or else you aren’t doing it right. Marathon runners (myself included) can get super hung up on their “time”. They want to finish as fast as possible, so they can brag to all of their friends about how quickly they made it through those grueling miles and came out on top.

It is hard not to get drawn into this kind of thinking. We runners can be a competitive bunch and there is a certain feeling of pride each time we shave a few seconds off of our races. We all secretly dream of breaking the world record (currently help by Dennis Kimetto from Kenya, who ran the fastest marathon in 2014 in just over two hours).

Just like you don’t have to keep a running pace all the time, you also don’t have to be fast. It is totally possible to be behind all of the others and still come out the other side feeling that sweet accomplishment, just from having stuck with it and finished.

Myth #3: You have to run/suffer alone

I truly believe that one of the reasons my friend got me into running was so she didn’t have to keep doing it on her own. In fact, I regularly joke that she wanted me to suffer at her side, because misery loves company. But this is a common feeling, that running has to be a solitary effort. Especially when training for a marathon.

When my friend ended up moving to another city, it just didn’t make sense to run together anymore. Sure, we still sign up for some of the same races and we occasionally get together for a trail run. But for the most part we have had to take our runs away from one another and into new spheres.

Rather than pout and feel isolated, I ended up joining up with some Meetup groups in my area where people run together. While my daily training is usually alone, I go on group runs twice a week with others who are supportive of one another.

Myth #4: You have to have a lot of shorter races under your belt

Or, alternatively, that you have to run only. People seem to think that this is a process that only has one way of working. You start by training, slowly increase your stamina, start doing shorter races, then graduate to marathons. Some take it further and believe from there it only makes sense to move on to triathlons.

This is your experience and how you do it is up to you. If you are a long form runner, it doesn’t matter if you have never run a race before. If you are a bodybuilder and are used to hours of exercise without a break, a marathon may be right up your alley.

You are not beholden to any one way of thinking.

Running For Fun and Health

We all have our ways of coping with long runs and races. Having the facts about what is and isn’t true about marathons can help you to push past the noise and get into the zone. Whether you are running for fun, health or both, don’t let the myths distract you! 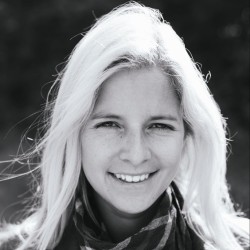