Grocery stores, supermarkets, restaurants – no matter where we go, there will always be food labelled as “gluten free”. This is presumably because more and more people are developing gluten intolerance. However, is gluten intolerance really that big of a deal? To find an answer, first we need to know some basic facts.

What is Gluten? How is it connected to Celiac disease?

You know how dough is sticky and you cannot seem to get it off your hands? Well, that is the courtesy of gluten, a two-part protein consisting of gliadin and glutenin, and can be normally found in wheat and other grains. Gluten is used in many processed foods, the most popular being mayonnaise. It is also a fact that gluten has been a part of almost every diet for centuries, yet recent studies have shown that gluten can cause serious #health problems in some people.

These health problems are also referred to as gluten intolerance, and it can come in the form of complete intolerance or partial intolerance. Complete gluten intolerance is also known as celiac disease. It is a genetically transferred disease which causes digestive disorders. Your #body is unable to absorb all the nutrients and vitamins it receives from food, and people with celiac disease should avoid gluten at all cost.

Celiac disease is a fast developing illness that occurs in 1 out of 100 people. If not treated properly, it can cause bowel cancer, osteoporosis and eventually infertility. It is highly recommended that you consult your doctor as soon as you recognize any of the early signs of gluten intolerance. But, what are the signs?

People usually connect diarrhea with bacteria and medication, which is a normal thing to do since both can mess up your stomach flora. But, do you know that people who eat a lot of gluten, and those born with celiac disease also have diarrhea? If you notice your stool is bloody, you feel severe abdominal pain, rectal pain, have a fever or are dehydrated, you should consult with your doctor as soon as possible, as you might have developed gluten intolerance, or even worse, might have celiac disease.

Normally, people feel fatigued after working around 40 hours a week, and are facing a lot of stress every day due to both their workload and family life. But, getting super fatigued can be a sign of early gluten intolerance developing over time. The symptoms are numerous, but the most common ones are:

Fatigue is usually related to almost any underlying health problem, and it is good to know that celiac disease is one of those problems. If you notice any of these signs, you might be developing gluten intolerance.

As we have learned so far, there are many early symptoms of gluten intolerance which can be spotted on time and treated with medications. But, some signs are difficult to spot, like for example psychological issues. Depression can be caused by many events in one’s life, especially when living a fast and stressful life. It can also be a sign of celiac disease and an early sign of gluten intolerance.

If your hands and feet are starting to feel numb, if you start developing dementia, or are starting to move in an uncoordinated manner, you might be in serious trouble and should visit a doctor straight away. Also, if you do not treat depression, it can evolve and become something even worse. Many people have committed suicide just because they were feeling depressed every single day, and their level of depression has increased significantly after going untreated.

As we age, our bones age as well and we are prone to arthritis. According to an article provided by About Health, joint pain is also related to gluten sensitivity and celiac disease. Usually the pain is located in the neck area, the spine, in the hips, in the wrists and shoulders and in the knees. Gluten causes inflammation, which is related to the pain in these joints.

There are several more symptoms of gluten intolerance, but these listed are the most common ones. Please keep in mind that developing gluten intolerance can be the first step towards developing many serious diseases and illnesses, so make sure to visit your doctor and start treatment 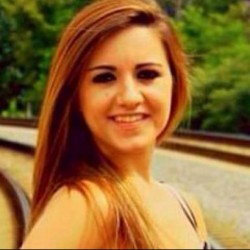 Follow me
Samantha Olivier
Samantha has a B.Sc. in nutrition, and has spent two years working as a personal trainer. Since then, she has embarked on a mission to conquer the blogospere. When not in the gym or on the track, you can find her on Twitter or in a tea shop.

Follow me
Latest posts by Samantha Olivier (see all)