Depression is more common than you’d think. With over 300 million people worldwide suffering from the condition, it is likely that you or at least somebody you know have felt its effects at some point. That’s why it’s so important that we consider how to treat depression.

Approaching mental health is not a one-size-fits-all kind of thing. While one individual may hugely benefit from a certain treatment, it could be detrimental to another. The mind is a very complicated organ which differs hugely from person to person, making depression often hard to treat. Many sufferers of depression struggle for years trying to find a way to relieve their symptoms. As research from spa-hotels.ie shows, in some cases, antidepressant drugs do not help- and therapy is not always successful. And that’s why many are turning to unusual and alternative methods of treatment.

In recent years, we have seen that conventional methods of treating depression aren’t the only option, and almost anything could be used as a form of therapy for mental health conditions. Animal, art and sports therapy are being used by many around the globe- but what else could be used therapeutically?

In this article, we are going to cover 5 unusual new treatment options for depression. If you or a loved one are suffering from depression, one of these treatments may be the perfect fit.

Video games are a divided topic. Some people love them, some people hate them. Gaming, however, could be a great tool when it comes to treating depression. First and foremost, gaming provides escapism for those dealing with mental health issues- giving them a distraction from daily life. Depression causes a dip in cognitive function; things such as paying attention, memory, and reasoning. Video games can help strengthen cognitive function without players even realizing. An improvement in these functions can make individuals feel more in control, bringing about a better mood. There are games which have been developed specifically to aid in the treatment of depression. When tested on a study group- the results have been very positive.

Climbing without the safety of ropes and harnesses requires immense concentration. It requires you to think at the moment, and this is precisely why many hail it as a great treatment for depression. With the mind distracted, there is less chance for dark, anxiety-ridden thoughts to ruminate. Such intense focus takes climbers away from the stress of their daily lives.

Climbing is also a very social activity which encourages the formation of social support circles and trusted friendships. Those suffering depression can often find themselves feeling isolated and alienated from friends, and bouldering can be a great reason to push themselves out of their comfort zone and meet new people.

Electro convulsion therapy, also known as ECT, is a treatment for depression that has been around since the 1970s. However, it has come a long way since then. ECT involves sending an electric current through the brain. These current triggers an epileptic seizure and this is said to aid in treating mental health issues. ECT is becoming increasingly popular for treating depression that is resistant to traditional treatment, or depression that is extremely severe.

Scientists aren’t exactly sure why the seizure improves symptoms of depression. They theorize that it may be the seizure itself, or the brains act of shutting down the seizure- that brings positive results.

The ECT accreditation service (UK) did a survey on electroconvulsive therapy, covering 1895 patients between 2012 and 2013. 1712 of these patients noted an improvement in their depression. Film and media have given ECT an unfairly bad rep. Back in the 70s, it was often used without consent or anaesthesia. Of course- this does not happen now and ECT is perfectly safe when performed by a licensed professional.

Primal therapy is a form of psychotherapy that focuses on patients earliest emotional experiences. Primal therapy encourages patients to speak to a licensed professional about their childhood suffering. It is theorized by Dr.Arthur Janov- inventor of primal therapy, that the pain some suffer in early life can be a huge contributor to their emotional pain during adulthood. Javon believes that the only way to rid yourself of depression and anxiety is to revert back to the state you were in when you first felt it. That could mean screaming, shouting, punching a boxing bag or sobbing uncontrollably. It is a very controversial method of therapy- but Dr.Arthur Janov says that Primal Therapy can work wonders for patients who have exhausted all over avenues.

Despite being widely expected to exacerbate mental health conditions, in the last decade, hallucinogenic drugs have shown promise in treating depression. In fact, the FDA recently put Ketamine-based drug on the fast track for approval as a treatment for depression. Psilocybin, the main psychoactive chemical component of magic mushrooms- is another drug on the radar for those trying to treat their mental health illnesses. Bringing on a hallucinogenic experience, psilocybin is said to increase spirituality in users and leave them feeling more optimistic. Unfortunately, due to the fact that most of these drugs are highly illegal- there is little research on their effects or medical advice on how to administer them as a treatment.

Depression is extremely complex. Having tried all conventional methods of treatment- it may be a good idea to turn to some unusual tactics. The 5 methods in this article have shown promise for numerous individuals- and they may be worth a shot. Seek advice before testing these methods, however- it’s better to be safe than sorry. Unfortunately, research for such unconventional treatments is limited. Hopefully, in the future, more avenues of treating mental illnesses will be explored, to try and help more people. 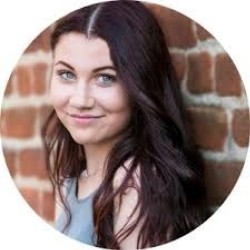 Liyana Perry
Writer at spa-hotels.ie
Liyana Perry is a writer at sparetreats.ie, she has a passion for writing blogs about natural health and spirituality. She enjoys long walks with a breeze and finding ways to make dessert healthy.