It is very easy to find information talking about how much sleep the human body needs. Articles often give you examples of how a lack of sleep will negatively impact your cognitive function, physical performance, fatigue, and your ability to manage stress. Now, that is all fine and dandy, but if you are like me, reading something like that will have a much bigger impact if you explain to me the ‘why’ behind the ‘what.’

What Should the Norm Be?

The National Heart, Lung, and Blood Institute (part of the National Institute of Health) claims that the average adult needs around 8 hours of sleep to avoid being qualified as chronically sleep deprived.

There is plenty of research out there looking at the sleep patterns of someone who would work nights and sleep during the day, as well as some fairly new research looking at sleep schedules involving two sleep periods during a 24hr day similar to Mediterranean cultures known for mid-afternoon “siestas.” For the sake of this article, we are going to stay focused on the typical North American sleep schedule habit of one large chunk of time sleeping at night.

Those all-important gains we covet so much happen don’t happen in the gym, they mostly happen while you’re sleeping – and less sleep means less gains.

During a workout, you are applying a load to your body that it doesn’t normally get in its everyday life. In fact, you are overloading the system in some way and causing a little damage on the microscopic level. It takes energy for your body to repair that damage. When you are asleep, you burn a lot less energy than when you are awake, so your body will take advantage of this time and channel more of that energy into the repair process than it would while you are awake. This makes recovery much more efficient at night.

Now that we have the high elevation view of the importance of sleep, let’s take a look at how your sleep cycle may be affecting your body and how those changes in physiology might be hampering your physical performance. Think of this as the ‘why’ part that people often leave out when talking about the value of sleep!

Both leptin and ghrelin are considered peripheral hormones with central effects. In simpler terms, this means they are produced in some other organ or tissue, but they trigger or act upon the central nervous system, i.e. brain or spinal cord. Both play a major part in your metabolism.

Leptin, also commonly known as the ‘satiety hormone,’ is responsible for helping to curb or inhibit the feeling of hunger. Leptin doesn’t just help regulate your appetite by sending signals to your brain that you are full; it also signals when you need to start burning calories, therefore producing energy that your body needs to function.

Under normal sleep conditions leptin levels will rise, which sends the message to your brain that you have plenty of energy and there is no need to feel hungry or start to burn any extra calories. However, when you are sleep deprived, leptin levels can drop as much as 19%. When leptin drops, your brain is fooled into thinking you do not have enough energy for current needs, as well as triggering a feeling of hunger even though you do not need food.

Ghrelin, a hormone produced in the stomach, can be referred to as the ‘hunger hormone.’ Ghrelin will trigger the feeling of being hungry when the stomach is empty. As the stomach stretches, the production of ghrelin will stop. It is also important to keep in mind that ghrelin plays a major part in the distribution and regulation of the rate of energy use in the body. Studies have shown that sleep deprivation will cause ghrelin levels to rise.

Human growth hormone, also known as HGH, plays a key role in our endocrine system. Think of it as a major player in the restoration and repair aspect of sleep. HGH is probably best known for its importance in child development, but it also helps to regulate a healthy metabolism and maintain healthy body tissue in adults.

It is true that you will secrete HGH during exercise, but it is important to note that up to 75% of HGH is released during deep sleep, also known as stage 3 sleep. Normally, a person cycles through the stages of sleep 4–5 times a night. It isn’t hard to understand that if you are lacking sleep, either quantity or quality, you will not be cycling through the stages of sleep as you should and will be denying yourself a chance for your body to get the usual night’s dose of HGH. This, in turn, can hamper your ability to recover well and affect your physical performance.

You have most likely seen cortisol referred to negatively as the ‘stress’ hormone and blamed for the reason you can’t get rid of that stubborn belly fat. This is in response to the effects of chronically elevated cortisol levels. However, if everything is working as it should, your cortisol levels rise early in the morning and trail off to low levels during the evening and early phases of sleep. Cortisol will also be elevated in those ‘fight or flight’ moments in life, triggering the energy burst needed to respond to those situations and can be key to your survival!

Cortisol helps to provide that ‘fight or flight’ energy by tapping into protein stores in the liver via gluconeogenesis. This is actually a good thing, but if you have chronically high levels of cortisol you will continue this process and end up producing a steady stream of glucose, which will lead to increased blood sugar levels, issues with insulin resistance, and a possible date with diabetes.

Studies have shown that cortisol levels drop on average six times slower in sleep deprived people versus control subjects. How well do you think someone is going to sleep with elevated levels of cortisol? Bedtime isn’t really a very good time to have a hormone running through your system that causes a heightened state of alertness!

How Sleep, Diabetes, and Obesity Correlate

It should be noted that this is type 2 diabetes we are talking about here. Both type 1 and type 2 diabetes have to do with insulin and an inability to get glucose into the cells that need it. However, there is a major difference between the two. In type 1 diabetes, AKA insulin dependent diabetes or formerly called juvenile diabetes, the body’s immune system turns on itself and destroys the cells that produce insulin. With type 2 diabetes, the body does produce insulin, but the body doesn’t use it the right way which is what we call insulin resistance. When this is the case, your cells have problems absorbing glucose thereby causing an increase in blood sugar.

A 1960 survey conducted by the American Cancer Society found that we were averaging between 8.0–8.9 hours of sleep a night. In 1995, a National Sleep Foundation poll found that we were getting 7 hours of sleep on average. Studies in recent years have shown that we are now getting around 6 hours of sleep a night. According to CDC data on diabetes, there were 1.68 million diabetics in the US in 1958 and by 1995 that number had grown to 8.66 million. Today, that number reported by the CDC is a staggering 23.35 million people.

According to Dr. Mark Mahowald, Director of the Minnesota Regional Sleep Disorders Center:

“The body’s reaction to sleep loss can resemble insulin resistance, a precursor to diabetes. Insulin’s job is to help the body use glucose for energy. In insulin resistance, cells fail to use the hormone efficiently, resulting in high blood sugar.  Diabetes occurs when the body does not produce enough insulin or the cells do not properly use the insulin. When insulin is not doing its job, high blood sugar levels build in the body to the point where they can harm the eyes, kidneys, nerves, or heart.”

The fitness industry is quick to point out the importance of diet and exercise in regards to human performance or weight loss, but for some reason, sleep habits seem to always take a back seat and is hardly ever mentioned as a possible weapon in your arsenal to help you achieve your goals. If you are stuck in a stubborn fitness plateau, regularly getting a full night sleep might be just the thing your body is missing! 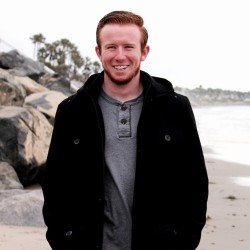 Cory Mercer
Health and Fitness Geek at Product Advisor
Cory Yeakel is a 24-year-old health and fitness geek with a huge passion for writing. When he’s not lifting weights or studying exercise, you can find him in the mountains riding his bike or hiking with his friends.