There are more than 320 million people living in the USA. Out of them, 5 million are living with the Alzheimer’s disease and dealing with the problems that this illness is causing. Memory problems, spatial issues or the inability to find words are just a few examples of how the disease affects people’s lives. Actions that may seem simple to us become difficult for people who suffer from the illness. They may require specialized help from caregivers and supervision.

Alzheimer generally affects people who are over 65 years old and the possibility of suffering from the disease increases with age. According to the Alzheimer’s Association, 1 in 3 seniors dies with the disease or with another form of dementia and Alzheimer has become the 6th leading death cause in the USA.

The treatment for Alzheimer varies depending on how evolved the disease is. Although there is no cure for it, there are several medications and therapies that can control the effects the illness has on people. Light therapy is one treatment that has been studied and has proven to offer visible results on people who suffer from Alzheimer’s disease.

What is light therapy?

Light therapy represents exposure to a specific source of light called light therapy box for a particular period of time. The box gives light that is similar to natural light. People are usually exposed to the light during a certain time of the day.

It may seem that this therapy consists just of people staying in a room where there is an artificial light source and being exposed to it for a fix number of minutes or hours. However, this is a therapy that is used for different conditions and diseases, including:

Light therapy offers a great number of benefits to people who use it:

There are 3 common problems that Alzheimer’s disease causes to people:

People who suffer from Alzheimer’s disease usually have sleep disorders. Sleeping during the daytime and being awake during the night is a characteristic for those who suffer from mild, moderate or advanced Alzheimer or other related type of dementia. Researches have shown that people spend approximately 40% of the night staying awake and a great amount of the daytime being asleep. For this reason, they generally need constant monitoring, which leads to them being sent to live in an institution.

A ‘side effect’ of sleep disturbances is represented by the great risk of people falling and hurting themselves. During the night, patients tend to get out of bed and wander. Due to the little amount of light, they can trip or come across an object that can make them fall. Taking into consideration the average age of people who suffer from Alzheimer’s disease, people may need a longer period of time to recover.

Light therapy has proven to have some positive effects on patients. For instance, exposure to bright light in the morning and evening period helped people improve their night sleep and strengthen rest/activity patterns. In 2007, a study analyzed the effects of bright light exposure on 66 people suffering from dementia. They were exposed to light for approximately 3 hours in the morning and evening or 8.4 hours during the entire day. The results showed that the night sleep increased for people who were exposed to light in the morning and during the entire day.

Do you know that feeling when you have not slept the entire night and all you want to do is take a nap? You are cranky, irritable and can easily get angry because of small things. Imagine that people suffering from Alzheimer’s disease and who have problems with sleep feel this way every day. Their agitated behavior increases in the afternoon and evening and determines them to become aggressive.

In this case, exposure to bright light in the morning proved to be more efficient. It managed change the level of aggression of people. This shows that timing is an important element in light therapy, as the effects of morning light exposure differ from the ones related to evening light exposure.

People who suffer from Alzheimer’s disease are generally institutionalized and live in an environment where they have little social interaction. This is an important cause for why depression appears on these patients. In addition, depression can lead to other health issues and psychological distress.

Light therapy has had some effects on depression at patients who suffer from Alzheimer’s disease or other type of dementia. Exposure to morning bright light has had some positive effects on women who suffer from the illness. However, in this case, it was believed that further information was needed in order to provide more precise results on how light therapy influences depression.

Light therapy is a promising treatment for people who suffer from Alzheimer’s disease or another type of dementia. The results that studies have shown illustrate that it can ameliorate certain problems the illness causes and help patients. 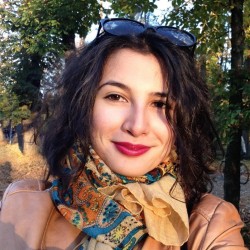