The last few years has seen coffee make an astonishing comeback when it comes to health. Once demonized as the cause of a variety of illnesses, coffee is now considered a healthy part of a western diet.

After all, it was only a decade ago that the WHO thought coffee might cause cancer. Now it’s been officially removed from the WHO carcinogen list and some evidence suggests it might prevent certain types of cancer. The Dietary Guidelines Advisory Committee has also stated that moderate coffee consumption can be part of a healthy diet.

Coffee isn’t just safe to drink though. Research has shown there are also some exciting potential health benefits.

Which of these health benefits are backed up by hard data though? And how much coffee should you drink each day? Let’s take a closer look at the science.

One of the most exciting findings is that moderate coffee consumption may increase your expected lifespan. In a study in 2015, drinking up to four cups of coffee each day was linked to a 15% reduced risk of death. The reduction was also found to increase with the more coffee a person drinks.

Is this effect conclusively proven?

Not yet, but researchers found that “higher consumption of total coffee, caffeinated coffee, and decaffeinated coffee was associated with lower risk of mortality.” More studies are needed, but the initial results are encouraging for coffee drinkers.

It’s also not known why this effect occurs. Researchers looked at both decaffeinated and caffeinated coffee, so it’s difficult to know whether the effect is just due to caffeine. There also haven’t been studies into brewing methods, so we don’t know whether coffee brewed from freshly ground beans is healthier than instant.

Whatever the reason, it appears drinking a few cups of coffee each day isn’t just enjoyable – it could also help you live longer.

There is evidence to suggest that coffee may protect against type 2 diabetes. As this disease is estimated to affect almost 24 million people in the US, this is an exciting development.

The effect isn’t small either. In a recent study, women who drank four or more cups of daily coffee had around 50% less chance of developing diabetes.

This is thought to be because drinking coffee increases levels of a molecule called SHBG. SHBG controls the activity of testosterone and estrogen, which have been linked to the onset of diabetes.

The effect seems to be associated with caffeinated coffee only though. Decaffeinated drinks don’t appear to increase SHBG levels, so they probably don’t protect against type 2 diabetes.

One of the biggest killers in the western world is heart disease. For this reason, a study showing people who drink four daily cups of coffee had an 11% lower risk of heart failure is big news.

Unlike previous studies, which had struggled to find a link between heart failure and coffee, this study focused on the quantity of coffee consumed. They found that the more coffee a person drank, the less likely they were to have heart failure – at least up to four cups per day.

A range of other potential health benefits have been associated with drinking coffee in recent years. Some examples include:

With all these potential health benefits, you might be wondering whether there are any health risks to drinking coffee.

The answer: it depends.

The first criterion is how you like your coffee. Black coffee has very few calories, yet contains many antioxidants and other health nutrients. If you add milk and sugar to your coffee, however, the number of calories is much higher. Sugar has also been associated with a range of health issues.

Drinking too much coffee may also have negative effects. High levels of caffeine can cause symptoms of anxiety – especially if you are already prone to anxiety. It may also reduce a woman’s chances of becoming pregnant, cause difficulty sleeping and even trigger heart palpitations.

While the WHO has removed coffee from its list of carcinogens, drinking any beverage at high temperatures may increase the risk of esophageal cancer. For this reason, the WHO recommends avoiding drinking coffee at a temperature greater than 149 degrees Fahrenheit.

It was only a few years ago that coffee was considered unhealthy and potentially carcinogenic. Much has changed since then, as the health benefits of regular coffee consumption have started to emerge.

There still needs to be more research into the potential benefits though. For this reason, if you don’t like coffee you probably shouldn’t force yourself to drink it. If you already drink coffee, however, you can feel more relaxed about the effect it’s having on your health. Just don’t drink too much! 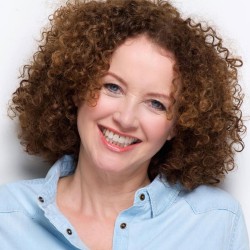 Follow Me
Barbara Austin
Contributor at BTC Coffee
Barbara is a proud mum and unashamed coffee addict from the UK. After her morning coffee, her hobbies include running, writing and snuggling with her bulldog Lola.

Follow Me
Latest posts by Barbara Austin (see all)