It’s been months since I last posted anything kettlebell related and its largely due to my line of work as a research writer. I did find time to compile a really comprehensive look at the pros and cons of saturated fat among other things (Sat fats are good for you!), and I hope you liked that. In between my work and just me trying to make use of my time as efficiently as possible, I was busy working on my latest and probably new favorite kettlebell complex called the Kodiak Bear Kettlebell Complex!

I didn’t name it because I’m particularly fond of bears, but I do love two things associated with the word “bear” and one of them is what many call a “bear fighter” body. 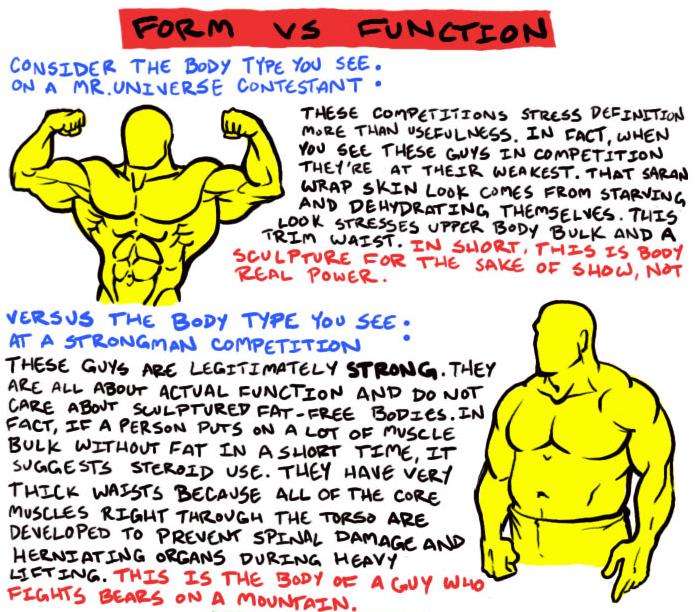 You might have seen this photo floating around some fitness forum and upon doing further research, I realized six-pack abs aren’t the epitome of true strength. It all makes sense when you think about it, seeing the strongest heavyweight boxers and wrestlers aren’t all about ripped abs. There are also plenty of professional lifters who agree with what the image is trying to say. More importantly, it gives me one hell of a great reason NOT to chase six pack abs. I tried doing that for most of 2016 and I came REAL close, but realized I was weaker than I wanted to be. I stopped and I’ve never felt so much better. I swear, if I had to count another macro I’ll go mad!

For the second reason, I named the kettlebell complex after my favorite barbell complex.

Do you not see how beautiful that barbell complex is? It attacks just about every muscle in the body in one short, but sweet sequence! I’ve done a lot of complexes that attacks multiple muscle groups but admittedly, I still see this complex as the best. Now I browsed the comments section of this video and saw a great suggestion: adding three barbell rows at the end to make the whole thing complete. I was like “Yeah, why not? The guy even said he would name it the Grizzly Bear.”

Honestly, I think the idea of adding rows and naming it after an actual bear is awesome but I’m not one to just copy and paste. No, I gotta make it my own and have it translated as a kettlebell complex. Also, Kodiak bears are pretty badass.

For you to fully utilize this complex, you must have the following:

1. A pair of kettlebells. While the complex can be done with just one, we want the full muscle load as much as possible. The complex will also be “reppy”, meaning we’ll aim for good volume so we don’t want to get tired in just a few sets.

3. You gotta have stamina. As mentioned in the first requirement, this complex will make use of a lot of reps per set, ten to be exact. If you find yourself not used to volume training, and prefer short but intense bouts, this may not be for you.

Now, I present you my latest beast:

This mean complex will engage your hinge muscles, test upper body strength and endurance, make your leg work extra hard, and put slabs of muscle all over your body. Try to get at least six sets at first until you can perform eight sets normally. The goal is to hit at least ten sets in just over 20 minutes. Depending on how well trained you are, this will either give you a large confidence boost or will make you want to sleep the rest of the day.

The success of the kodiak bear kettlebell complex largely depends on the weight of the kettlebells you have so again, make sure you’re using a pair you max out at pressing four or five times. You don’t want it to be too light that it does nothing or too heavy that you just barely finish two sets. If done correctly, this complex will train every muscle in your body and push your overall stamina and muscular endurance to their limits!

Have a go at it and see how it makes you feel!

He likes to tell people how to grow their money and how to naturally lose body fat. He owns Fit and Write, a website catered to his passion to write about health and fitness. His main weapon against weakness is the kettlebell.

Follow me
Latest posts by Robert James (see all)

One thought on “The Kodiak Bear Kettlebell Complex”